Why Is It Easier For Young Children To Learn A Second Language?

The fact that young children learn new languages faster than adults and older children is not in dispute. Beyond the anecdotal claims of parents and others who are around children who are exposed to a second language, there’s research out there to prove the fact. For instance, children of immigrants to Canada learn to speak both English and French much faster than their parents. They also can speak these languages more clearly compared to their parents.

What is it about children — who have less cognitive development than adults — that makes them so much more receptive to new languages, and why will they lose these qualities as they grow older? Here are some simple but interesting answers:

They are more enthusiastic

Young children tend to be more enthusiastic and love discovering new things, including new ways of saying things. This makes them more receptive to learning new languages from the start. Additionally, young kids don’t learn new languages under pressure, which is the case for many adults or older children who learn under the stress of actually needing another language to navigate their surroundings.

They have fewer language conflicts

One of the challenges for older language learners is separating the new language from the one they are familiar with. As an adult, you have already developed advanced knowledge of your first language, such as the grammar rules. For instance, when English speakers are learning French, they often unconsciously apply English grammar rules to their French speaking, which in most cases leads to mistakes. In contrast, young children learn by simply associating new words to their meanings, which makes it easier for them since the information is much less complex.

When you listen to a song multiple times, you will eventually learn it even though you did not intend to. Unconscious learning allows a person to absorb information from the song much more easily than if he or she was consciously trying to learn the song. When young children are learning a new language, or anything else for that matter, they tend to gather information unconsciously, resulting in easier learning.

They are far less self-conscious 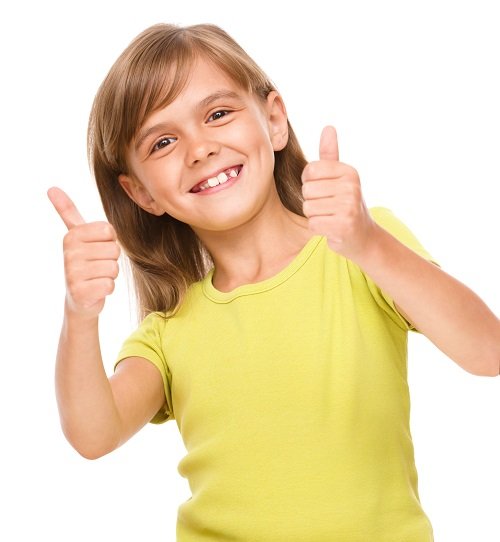 At Spanish for fun!, we’re all about creating an environment in which children can thrive cognitively and socially. We combine the loving care that your child needs with Spanish language education, cultural learning and lots of fun. Get in touch with us today to schedule a tour of any of our four campuses. Call 919-881-1160 or complete the form on the homepage. We look forward to showing you why your child will thrive with us.